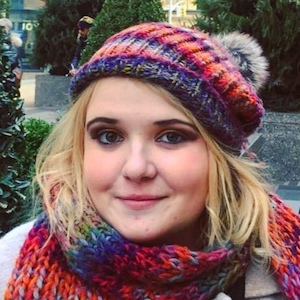 Almost three years on from its original PC release, card-based sim ‘Cultist Simulator’ is now getting the spotlight on Switch.

For those unfamiliar, this is a narrative driven card-game that challenges you to build and manage your own cult and ultimately succeed in the ‘dark side of the world’.

This new ‘Initiate Edition’ includes not only the original base game, but three DLC packs (the Dancer, Priest, and Ghoul extensions) — all of which add more stories and additional characters into the mix. Another new, optional, paid DLC pack dubbed ‘The Exile’ is launching alongside this edition, adding in a whole new game mode. So, it’s fair to say fans will have plenty to jump into here — but what about those new to series?

Well, I’m new to this series, and I ultimately found my time with Cultist Simulator to be somewhat unwelcoming.

On first launching this board game, you’re greeted with the words “You won’t always know what to do next. Keep experimenting and you’ll master it”. Yes, it’s a roguelike, so the expectation of failure is built in, but this upfront statement felt like something of a general proviso — a way for the game to hand wave away any need to assist players who aren’t familiar with what's on offer. There is no tutorial, so anyone playing will need to be prepared to figure things out through plenty of trial and error.

Things kick off with a clear, empty, and somewhat daunting, blank play area. It’s here where you get your starting card — this details a job that you must find (such as working in a hospital). This initial card is important, as it really determines how your game will play out. Each card represents something of a butterfly effect really, as even though the first card establishes, and ultimately impacts the experience you will have throughout your run, each card can tweak things.

The fact that your initial conditions can end up altering so much in the late game does make for some interesting replayability (with each starter card essentially opening up a different path). The fact that you get an assigned job card that lays the foundation for each run will appeal to some, but no doubt frustrate others in how it sets a certain direction for things early on.

A typical play session will see you getting a card that sets you on your path. Get a job, make money, earn health, earn funds, repeat. Once you’re a bit deeper in, you can then get to the more interesting stuff, such as meeting new people, recruiting them to your cult, exploring cities, etc. Picking what cards you think will work can impact on lots of things, such as your dreams, aspirations, work, cult members, and more. It gets quite involved — and the pick of a card can result in life or death situations.

The card-dealing, and subsequent effects, all play out on a timer system. After each timer runs down, your actions are locked in, and then the narrative portion of the game plays out, explaining how your card placements affect the overall story direction. It’s here where the Lovecraft narrative develops, but I found it to be rather abstract and obscure in practice.

Despite the somewhat plain overall presentation of the core gameplay, the actual card-dealing action is detailed with rich 1920s magical lovecraftian vibes. This is an appreciated touch in what would otherwise be an austere experience — the cards really are detailed and lovely to look at.

A quick tip for those who do choose to pick this up: be careful of taking your eyes off screen for too long. Because of the automatic timers, the game can easily progress without you realising — thankfully, there is a pause button to stop things, which also acts as a way for you to review your card details too. For those confident enough in the direction of travel, there’s also a seemingly risky fast-forward option to speed things along.

Some features from the PC version have been redesigned to fit the Switch a bit better, although at times it does feel like there is just too much on your screen at once. Touch screen support is a nice addition, and works smoothly, allowing you to pick your cards much quicker than using the Joy-Con.

Unfortunately, I found myself getting stuck quite often, and this was usually due to a lack of resources (be that funds, followers, etc). These resources are really important to your progression, enabling you to buy books for example, in order to research and progress with your cult — but getting the resource balance right can be tricky. I found the game to be punishing in its design, demanding a lot of patience for what felt like little reward. Cultist Simulator is a tough balancing act — getting things level through repetition may appeal to you, but I found it to be frustrating more often than not.

There is a help feature here to assist when things do get tricky of course, but again it's overwhelming in its detail.

As a result of what feels like a rather impenetrable design, I never really felt I got the full Lovecraft experience on offer. It's a lot to take in, has a steep learning curve, and expects a huge commitment from the player to even get started — I found myself getting a bit flustered with how much I had to deal with at one time.

There’s plenty of imagination and intrigue here, but it's somewhat buried in layers of verbose detail. The card game action boils down to very little in terms of actual gameplay, and the overall flair is limited to the cards and fitting music — considering the topic of the game, I’d have expected a more grungy looking theme, that is more in keeping with the Lovecraft genre to run throughout.

As a big fan of the Lovecraft universe, I absolutely could not wait to get my hands on this game. I very much wanted to enjoy it, but it just wasn't the game for me.

Cultist Simulator is well loved and has a big following on both PC and mobile, so I’m sure it will find a home on Switch, but I found the overall experience to be challenging and vastly alienating.